Want to get your office more motivated and more effective at work by keeping their stress levels low? Plants are the perfect solution!

It Makes Work Easy Being Green

One of the main pillars which drives success in any team is having a well-motivated workforce. This has been true since the dawn of the human race. Early human ancestors have always worked in teams, and when your daily task is to hunt something which weighs in excess of six tonnes, is woolly, and has tusks longer than a grown man with nothing but a pointy stick and chutzpah, the chutzpah really was the driving force in that scenario. The Trojan forces held their Greek invaders off for 10 years during the Trojan wars. They must have been pretty motivated, and you can hardly blame them considering the first Greeks that got past the gates burned the city to the ground. If they weren’t also pretty gullible and enamoured by what I can only assume was a hastily constructed and gawdy wooden horse. This also tells us that the Greeks took a load of carpenters with them to Troy instead of soldiers, which could be the explanation as to why it took so long to get into Troy. They would probably still be there now, slurping condensation off of old sandals to sustain themselves.

Putting aside potentially mythical cities, sandal slurping and mammoths; the core principle, that a motivated team is a successful team, is just as true now as it has always been. Companies in 2021 spend millions to try and keep a happy and motivate workforce. From free perks, to free food, to team bonding exercises, there is no shortage of ways companies are attempting to keep their employees satisfied and engaged. The issue with most perks is that while they offer novelty to employees and do tend to drive interest from them for a time, the effects tend to wear off, dulling over time as they become the new normal. Is the task then futile? I would argue no, mainly because I don’t want to lose my employee benefits. But to maintain the positive effect long term, the main driver of success is to have an environment that has a positive impact on employee state of mind. A place which lowers stress levels and allows people to be relaxed and happy while they work. I suppose there are many ways to do this but I’m not going to suggest that employers replace all of their office chairs for bean bags, they are terrible for your back and if they get ripped, you’ll be finding those little balls long after our species’ extinction and I speak from personal experience here. What I’m suggesting is simple, cost effective, and has a proven positive effect on people’s abilities to work. Plants. 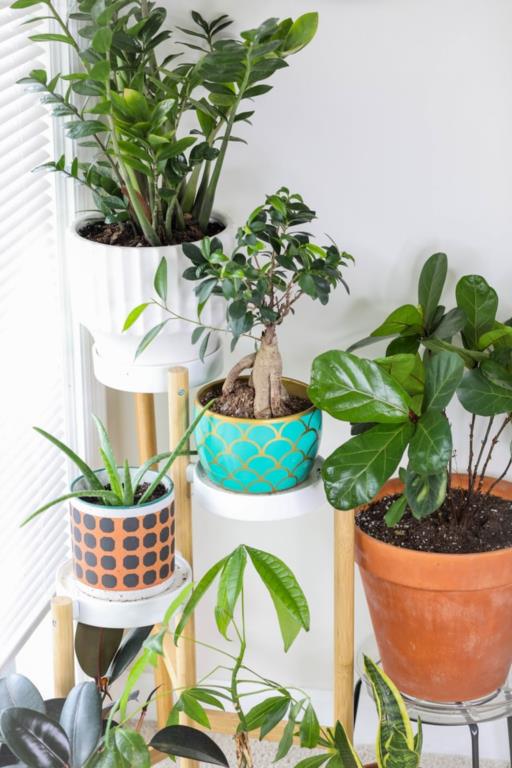 “Oh, here we go, he’s going to start harping on about chakras in a minute and tell us we would all be happier if we traded our phones in for wind chimes”. Hang on, bear with me, I have science on my side. A 2010 study by the University of Technology in Sydney showed that having plants in a workplace greatly reduced the stress levels of the participants, reporting a 37% fall in tension and anxiety, a 58% drop in reported depression and a 38% reduction in fatigue. Those are some impressive figures, bolstered further by a 2014 study by the University of Exeter who reported a 15% jump in productivity when plants were introduced to an office space. But that’s not all folks, scientific papers have also shown that having plants in an office can also result in a reduction of sickness and absences, they can make job applicants more inclined to accept a job offer and view the prospective company more favourably. Plants also boost creativity, purify the air and help reduce ambient noise levels!

Plants are cheap, relatively low effort to maintain (depending on the species) and can be easily introduced to anywhere people are working to utilize these amazing benefits, be it at home or in the office.

It’s with this scientific backing that I implore any office managers or directors reading this, before you drag your workers to a rainy paintball field to get cold, miserable and endure a considerable amount of pain in the name of team bonding and motivation, instead consider adding some foliage to your office space. It’s a lot more cost effective and pain-free!