The Pareto Principle, also known as the 80/20 rule, is a principle that states that 80% of consequences come from 20% of causes. The 80/20 rule has been sighted by books and seminars regarding business practices since the rule’s inception. But what actually is the Pareto Principle? Where did it come from? And why does […] 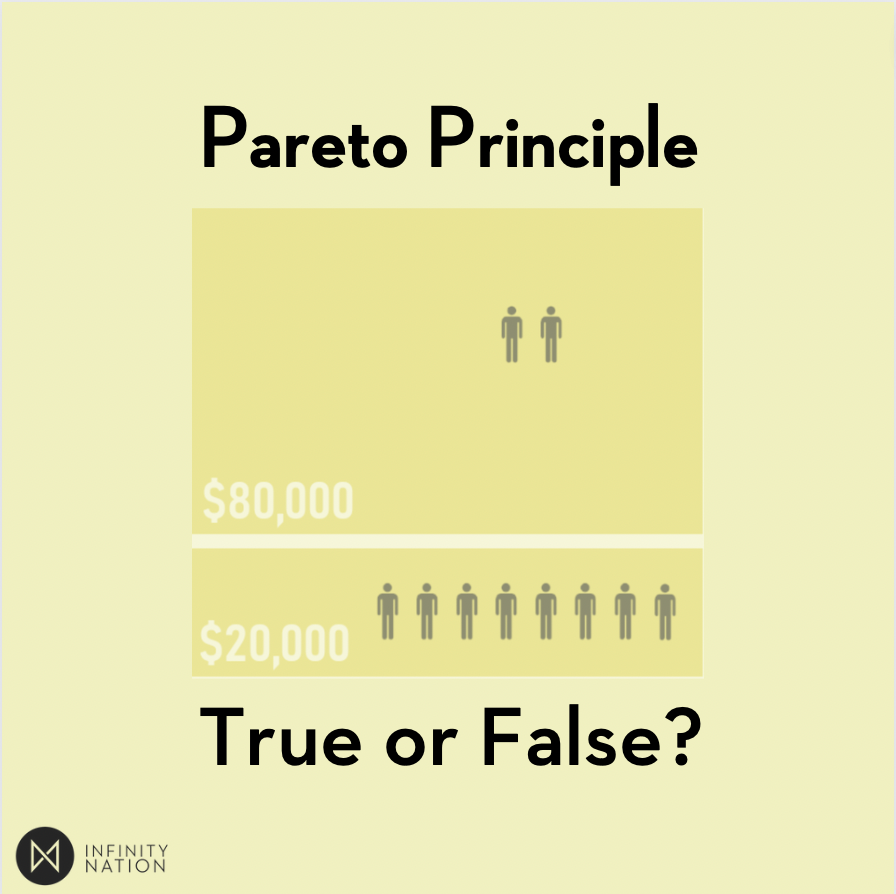 The Pareto Principle, also known as the 80/20 rule, is a principle that states that 80% of consequences come from 20% of causes. The 80/20 rule has been sighted by books and seminars regarding business practices since the rule’s inception. But what actually is the Pareto Principle? Where did it come from? And why does it continue to have such an ingrained place in the common zeitgeist?

For me personally, the Pareto Principle is nothing more than a catchy phrase that people can use, usually apropos of nothing, which holds no real weight in reality. Other examples of this kind of phrase for me include “you catch more flies with honey than with vinegar”.

The 80/20 rule originates from Joseph M. Juran, a management consultant in the context of quality control after reading the works of economist Vilfredo Parento. While at the University of Lausanne, Parento wrote his first work ‘Cours d’economie Politique’ where he showed that approximately 80% of land in Italy was owned by 20% of the population. That’s it. That’s where it came from. Let that sink in for a second. The 80/20 rule, parroted time and again by books and business articles as some form of magic bullet for efficiency, originated when a management consultant coined a phrase using an economist’s observation of Italy’s land being disproportionately owned by a small cabal of the mega wealthy. Was there any scientific backing for this principle? Not at the time no, and while there have been papers wrote since about the 80/20 rule, there seems to be conflicting consensus over whether the principle actually holds water or not and I certainly found no scientific peer reviewed studies while researching this blog that assert that the 80/20 rule is 100% accurate. Because it can’t be, it’s a data distribution model. Even Joseph M. Juran, the creator of the term, in later years preferred the term “the vital few and the useful many” to signal that ignoring 80% of your problems is not an effective solution for quality and quality management.

As a marketer, my main gripe with the 80/20 rule is that it can leave clients and marketers alike with tunnel vision. Fixating of the 20% of campaigns or channels which provide the best return is one of the worst possible moves to make when building a brand. In our last blog ‘How to Find Success With Video & Discovery Campaigns’, my talented college Sai correctly states that the conversion funnel is not just a 3 step process anymore. It is a continued effort from first interaction to post sale. If we where to employ the 80/20 rule across most PPC accounts for example, the result would be a heavy focus on direct response campaigns which are designed to convert. This leaves other campaigns designed to generate brand awareness or prospect fresh audiences for brand consideration by the wayside without examining their wider impact on the account’s performance, the campaigns objectives and the business as a whole.

By using this logic as marketers, we would be underutilising the tools at our disposal in order to grow a brand among it’s target audience. A full marketing strategy should consider every stage of the customer lifecycle to see the true growth a brand is capable of.

So, should you ever actually use the 80/20 rule? I would suggest using this term very sparingly and with a big pinch of salt. It a phenomenon that has been anecdotally observed, that’s about as much credence as you should give to it. I think it can have it’s uses in marketing in regard to planned optimisations, identifying the areas of an account which will have the most tangible effect on account performance by allocating optimisation time towards them, but even then, that is not an excuse to disregard the other 80% of optimisations that will also improve account performance. The pursuit of excellence requires attention to detail, and 80% can make up for a lot of details.

If you would like to hear how we can help you pursue excellence through digital growth, we would love to set up a chat with one of our team.